Agatha Siwale is currently a lecturer in the Public Administration and Policy Group at Wageningen University and Research (WUR) and research collaborator for the Resource Nationalism in Southern Africa partnership project. She completed her post-doctoral  teaching qualification in Berlin, Germany at Bard College Berlin. She is Associate Editor with the Peace and Democracy section in the Frontiers in Political Science Journal. Her research interests are in natural resource governance, politics and public policy and institutional change in developing country contexts. She has specifically analysed how formal and informal institutions interact to shape outcomes for  artisanal and small-scale miners (ASM) and has published papers on the limits of formalisation in small-scale mining, the dynamics of collective action in ASM and gendered roles and ASM in Zambia.

Dunia P. Zongwe is an Associate Professor at Walter Sisulu University. He is head of the University’s Mercantile Law Unit in the Department of Legal Studies. He specializes in finance, the economics of law, natural resources, development, and human rights, focusing on Africa. He studied at the University of Namibia, Université de Montréal, and Cornell University, where he earned his LL.M. and J.S.D. degrees.

Chammah J. Kaunda (Ph.D., MAS., M.Th., B.Th. Honours; B.Th.) is currently Assistant Professor of World Christianity and Theology in the College of Theology/United Graduate School of Theology, Yonsei University, Korean Republic. He worked as Africa Research Fellow, Senior Research Specialist in Human Development Science of the Human Sciences Research Council (HDS-HSRC) in South Africa and Honorary Lecturer in the School of Religion, Philosophy and Classics at the University of KwaZulu-Natal, in South Africa 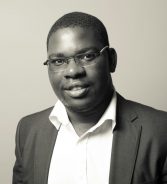 Cleopas Sambo is currently lecturer in the department of Social Work and Sociology at the University of Zambia in Lusaka, Zambia. He earned his PhD at the University of Oxford (2019) for his research on the relational and symbolic dimensions of poverty within a multidimensional poverty framework. Cleopas is broadly interested in multidimensional poverty, social protection, inequality and wellbeing and the ethics of everyday. He is also interested in how politics, political actors and their discourses shape policies and how these policies are experienced by their target populations.

Sishuwa Sishuwa is a Postdoctoral Research Fellow at the University of Cape Town’s Institute for Democracy, Citizenship and Public Policy in Africa. His current research is part of a broader project that examines the character, organisation and activities of political parties in East and Southern Africa (except South Africa). He has a particular interest in Zambian political history, especially in relation to identity politics, elections, populism, opposition parties, civil society and democratisation.

Sishuwa is also a Lecturer in African History at the University of Zambia. He was awarded his PhD by the University of Oxford in 2017 for his research on the strategies that individual leaders in Africa have employed to mobilise political support across different historical periods and party systems, from late-colonial to the post-colonial era, and from single-party to multiparty systems.

Dr. Shaun Cleaver is a Steinberg Global Health Postdoctoral Fellow at McGill University, appointed within the School of Physical and Occupational Therapy. Shaun’s research has been conducted with Zambian disability advocates since 2013, collaborating with advocates operating at the national, provincial (Western), and village (Mongu and Kalabo Districts) levels. Shaun’s research is informed by postcolonial disability studies, global health research principles, and participatory research practices. His current focus is Zambian disability and social welfare policy, in particular the National Policy on Disability and Social Cash Transfers. Recent publications include “Exploring the concerns of persons with disabilities in Western Zambia” (African Journal of Disability) and “Unanticipated productivity: using reflexivity to reveal latent assumptions and ideologies in postcolonial disability research” (Cogent Social Sciences). An extensive repository of Shaun’s publications is available on Academia.edu.

Dr Chilenye Nwapi is a law, policy and development scholar whose research in extractive resource governance crisscrosses multiple jurisdictions. He is a Research Fellow in the Canadian Institute of Resources Law, University of Calgary, Canada. He holds a PhD from the University of British Columbia, Canada, a master of laws from the University of Calgary, Canada, and a bachelor of laws from Imo State University, Nigeria. Dr Nwapi’s research deals primarily with how energy and natural resource development can contribute to public welfare improvements in developing countries where regulatory and accountability mechanisms are weak.

Thomas G. Kirsch is full professor of Social and Cultural Anthropology at the University of Konstanz, Germany. Since the mid-1990s he has conducted extensive qualitative research on religion (most particularly African-initiated Christianity) in Zambia as well as on human safety, security and crime prevention in South Africa.

My research focuses on the contemporary political economy of Southern Africa, but especially Zambia. My published work focuses mainly on how international aid donors, Non-Governmental Organisations (NGOs) and multinational companies promote their preferred economic and social agendas in Africa, and particularly on Zambian popular and elite responses to these influences. I have researched and written about Zambia’s negotiations with international donor agencies, relations between international donors and NGOs and Zambian civil society organisations, and the social and political impacts of the privatization of the mining industry.

I am increasingly interested in the domestic political economy of Zambia, having written about the emergence of the Patriotic Front in the 2006 elections. I am working at the moment on related studies looking at the organization of intra and inter-party political competition at local levels, the relationship between representative, service delivery and development planning functions, and the politics of interactive broadcasting – specifically, how call-in radio and TV shows influence both party politics and service delivery to marginal communities. My fieldwork has been carried out mainly in Chipata District, Eastern Province and in Mandevu, in Lusaka.

The Politics and Interactive Media in Africa (PIMA) project: www.polis.cam.ac.uk/cghr/pima.html

Dr. Walima T. Kalusa is currently a Professor of History at the University of Zambia. Previously, he participated in the "History in Africa" project at Cambridge University, from 2007 to 2009. In the last several years, his research has focused on an African comprehension of missionary medicine in colonial Zambia's Mwinilunga.  His publications include Kalonga Gawa Undi X: A Biography of an African Chief and Nationalist and Death, Belief and Politics in Central Africa (with Meghan Vaughan), along with many articles and book chapters.

Bernard Kachama Mbenga, who is Zambian-born, is currently a Full Professor of History the Mafikeng Campus of North-West University, where he has been lecturing since September 1987. He is the co-author and co-editor (with Hermann Giliomee) of the highly acclaimed New History of South Africa published by Tafelberg, Cape Town in November 2007. He has jointly (with Andrew Manson) authored a book entitled “People of the Dew”: The Bafokeng of the Phokeng-Rustenburg District of South Africa, from Early Times to 2000, published by Jacana Press, Cape Town, in December 2010. Bernard Mbenga is (with Andrew Manson) currently engaged in the writing of two book manuscripts: A History of the African National Congress in the North-West Province of South Africa, 1909 - 2012 and A History of the African Societies of the North-West Bushveld Region of South Africa, c.200 A.D. – 2010. Mbenga’s current research interests are the acquisition of land by black communities in the western Transvaal generally, but especially the Rustenburg and Pilanesberg Districts in the 19th and early 20th centuries; Boer–African relations; missionaries and their relations with chiefly authorities and black societies in the western Transvaal of South Africa in the 19th and early 20th centuries; the role of black communities in the South African (or Anglo-Boer) War of 1899 – 1902 in the Transvaal and Afrikaner Indigenous Knowledge Systems in the western Transvaal.

Her research focuses on labor, gender, political sociology, comparative and global ethnography, Global South, Africa and China. She has published in the American Journal of Sociology, American Sociological Review, Theory and Society, Daedalus, Work & Occupations, Gender & Society, the China Quarterly and Modern China, among others. She is author of two award winning books: Against the Law: Labor Protests in China’s Rustbelt and Sunbelt (University of California Press 2007), and Gender and the South China Miracle: Two Worlds of Factory Women (University of California Press 1998). Her edited volumes include Working in China: Ethnographies of Labor and Workplace Transformation (Routledge 2007), Re-envisioning the Chinese Revolution: the Politics and Poetics of Collective Memories in Contemporary China ( with Guobin Yang, Stanford University Press, 2007), Reclaiming Chinese Society : the New Activism (with Youtien Hsing, Routlege 2009), and From the Iron Rice Bowl to Informalization: Market, State, and Workers in a Changing China (with Sarosh Kuruvilla and Mary Gallagher, Cornell University Press, 2011).

She is working on two monographs, respectively on four decades of state and society relation in China (under contract with Polity Press, UK) and on Chinese investment in Zambia.

Paul Moseley received his PhD from Cambridge in 1980, on 'The settler economies: studies in the economic history of Kenya and Southern Rhodesia 1900-1963". He was a Lecturer and then Reader, University of Bath, 1974-85 (with a two year secondment to DFID, 1979-81). Since 1986 he has held Professorships at Manchester, Reading and Sheffield, where he has been since 1999.

Most of his work has been in development economics, but there have also been excursions into economic history, politics of development and UK social policy. He has mainly worked academia but also in government both in DFID, as mentioned above, and in the Kenya Territory, 1969-71, and in NGOs, e.g. He has been on the board of Action Aid International, and he is currently on the board of the South Yorkshire Development Education Centre. Two linking strands of his work are exit strategies from poverty (in both developing and industrialised countries) and the politics of economic policy-making. The two strands come together in his work with ESID, the DFID/University of Manchester Effective States and Inclusive Development Research Centre, on politics of inclusive development and in particular in the work on the politics of poverty reduction in Zambia that I am currently pursuing with Marja Hinfelaar under the auspices of ESID.

Ian Phimister is presently Senior Research Professor at the University of the Free State, Ian Phimister has held posts at the Universities of Zambia, Cape Town, Oxford, and Sheffield. His research interests encompass patterns of overseas investment by the City of London, and the 19th and 20th century histories of Central and Southern Africa with particular emphasis on the region’s mining history. He is currently researching and writing on aspects of an umbrella project ‘Finance and Empire: the violent making of southern Africa, 1884-1914’.