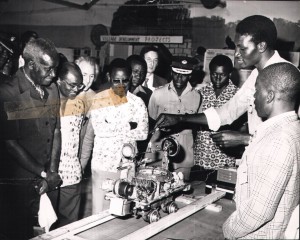 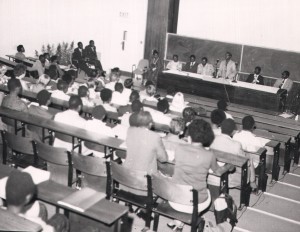 Professor Goma was a great scholar, an excellent researcher, and a distinguished public servant.  He displayed extraordinary leadership and worked tirelessly to build the University of Zambia.  One of Professor Goma’s lasting legacies is the Staff Development Fellowship Programme at the University of Zambia, which he established in 1970.  The programme gave many Zambians an opportunity to access higher  university education abroad and  to join the academy.

Below are some of the speeches and writings, as well as photographs of Lameck Goma. We hope you enjoy the opportunity to further explore the exemplary career and life of this extraordinary man. 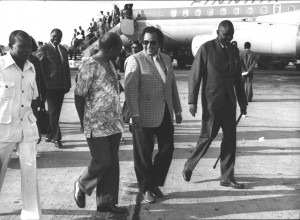 Professor Lameck Goma, Minister of Education presents a certificate to Mr. Resson Muchende one of the graduates in Business Administration during the graduation ceremony at Evelyn Hone College of Applied Arts and Commerce 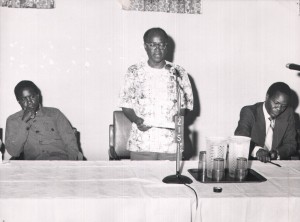 Minister of Education Prof Lameck Goma addressing the seminar on training for self-employment of School leavers at the UNZA Ridgeway Campus in Lusaka. Left is the Member of Central Committee Mr. Bob Litana. 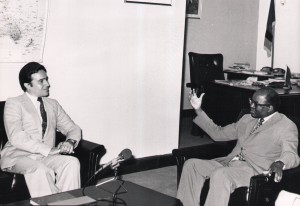 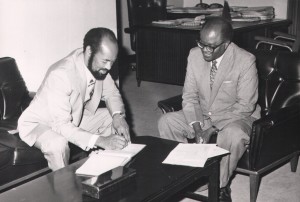